TSN Hockey Insider Darren Dreger and TSN Senior Hockey Reporter Frank Seravalli joined host James Duthie to discuss the latest on the Women’s Worlds, the NHL at the 2022 Olympics and possibilities for this year’s NHL playoffs if the border between the United States and Canada remains closed.

What are the chances of the Women’s Worlds still happening?

Nova Scotia pulled out of hosting the Women’s World Hockey Championship due to COVID-19 on Wednesday. Is there a possibility we could still see the tournament played elsewhere? 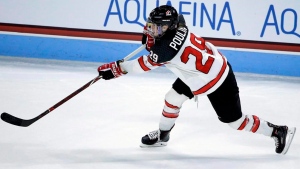 Dreger: No question about that. There is definitely a strong possibility. The IIHF is expected to meet on this matter again next week. The hope is the Women’s World Hockey Championship could be played in late August or September. Now, reportedly, Dallas is interested in hosting the event. I’m told that Finland is a potential option. I also know guys that Hockey Canada has received calls from Prince Edward Island and the city of Ottawa, from B.C. and Alberta. Edmonton always earns a discussion point just based on the success that the city of Edmonton had in the NHL’s return to pay and then followed it up with the World Junior Hockey Championship. So, there will be options that the IIHF and Hockey Canada can consider for the Women’s World Hockey Championship.

The latest on the NHL at the 2022 Olympics

When would the deadline be for the NHL to make a call on participation in the 2022 Beijing Olympics? 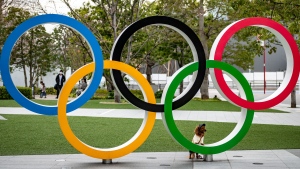 Seravalli: Well, the NHL, the NHLPA and the IIHF are putting a little bit of heat on the International Olympic Committee. They’ve set a late May deadline to get an answer from the IOC on things like a financial commitment for the 2022 Olympics because they need to set their schedule. The NHL schedule for next season is usually announced in June and they need to know whether they’re going to have a three-week break for the NHL players to go to the Olympics. But the problem is this isn’t exactly priority No. 1 for the IOC at the moment. They’re trying to get this summer’s Olympics in Tokyo off the ground before they can then handle what’s left with the NHL, so, at this point though, all indications are – because I think a lot of people are curious – that the NHL and the NHLPA are working in lockstep in order to try and get this done.

Last year, Canada hosted the entire Stanley Cup Playoffs between the hub cities of Toronto and Edmonton. Is there a chance there might not be any playoff games played on Canadian soil this spring? 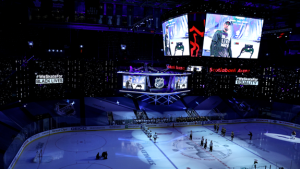 Dreger: Yeah, I mean there’s a remote possibility. That’s certainly not the hope or the expectation but the NHL is at a point where they’ve got to explore every scenario and there are three primary scenarios. But keep in mind, there’s no rush here to make a decision. The NHL believes and knows they have some time. So, scenario one could be the border is open and it’s business as usual between Canada and the U.S. Seems unlikely. Scenario two, you adopt a U.S. city for a North Division champion. Said team would then stay in that city for the Conference Final and the Stanley Cup Final. As you mentioned, James, the third possibility would see all four Canadian teams play out of one U.S.-based venue. That would then become the home of the North Division for both the Conference Final and if they advance, to the Stanley Cup Final as well.

What about the AHL?

After the Calder Cup was not awarded in 2020 due to COVID-19, what is the American Hockey League planning to do about its playoff format this time around? 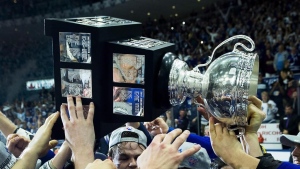 Seravalli: Speaking of the playoffs, the American Hockey League is still sorting through its playoff possibilities, but one thing has become clear. And that’s that the Calder Cup will not be awarded in 2021 for the second consecutive year. Certainly disappointing news because the Calder Cup, up until 2020, had been awarded 82 consecutive years since 1937 through a World War. So, that’s disappointing news as I mentioned. But in this case, there will be the opportunity for division-by-division playoffs if teams decide to opt in. They’re still working through that and hope to get an answer in the next seven to 10 days. And the players will have the opportunity to opt out if they don’t want to continue participating because there will be no additional financial compensation for them.