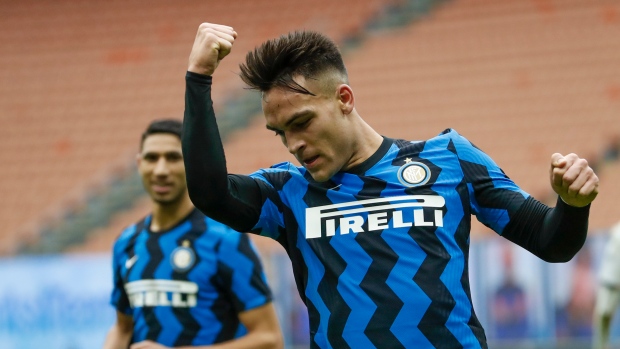 One of Serie A's best talents is staying at the San Siro.

Fabrizio Romano reports that Inter has re-signed Lautaro Martinez to a new deal that will carry the Argentina striker through 2026.

New contract will be until June 2026. The release clause [€111m] has been removed. pic.twitter.com/qWgU37AgxX

Martinez, 24, joined Inter in 2018 from Argentine side Racing and has established himself as one of European football's top striking talents.

Through nine Serie A matches this season, Martinez has five goals.

Internationally, Martinez has been capped 33 times by Argentina's senior team and was a key member of the squad that captured the Copa America this past summer.