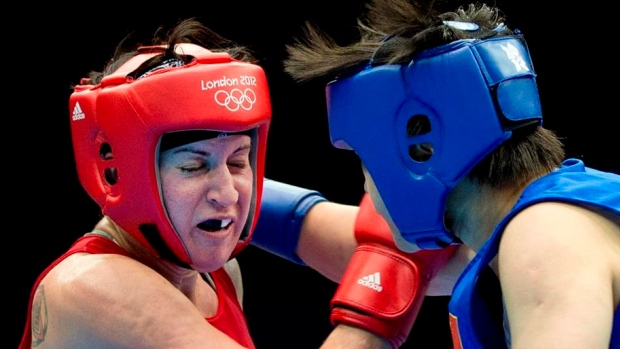 Claims of a toxic culture within Boxing Canada have caught the attention of the sport's world governing body.

The International Boxing Association is launching a review into Boxing Canada and its high performance director Daniel Trepanier, after an open letter to Sport Canada from dozens of athletes called for an independent investigation and Trepanier's resignation.

The IBA also pulled Trepanier's accreditation Friday from the women's world championships that are set to begin Sunday in Istanbul, although Boxing Canada said he wasn't travelling to Turkey for the event.

"The open letter . . . is of grave concern to the International Boxing Association (IBA). There can be no room in our sport for the abuse of athletes and we ask for your cooperation in helping achieve this," IBA secretary general Istvan Kovacs said in a letter Friday to Boxing Canada president Ryan Savage.

"The safeguarding of boxers and the boxing community more widely is, and will remain, a priority for the current IBA leadership team."

Kovacs said the IBA's integrity officer and ethics committee would be reviewing claims raised in the letter to Sport Canada, originally signed by 121 current and retired boxers that has since grown to 233.

Trepanier did not immediately respond to a request seeking comment from The Canadian Press.

In a statement Friday, Minister St-Onge said there's a real sense of urgency for change in sport in Canada, "and I'm am determined to use every ounce of leadership and tools at my disposal to start changing the sport culture. As I've said before, we need to make sure that athletes are at the centre of the conversation and the solutions put forward."

The IBA had planned to reach out to them if Trepanier attended the event.

"I would be grateful if you would please outline what measures you have already in place and/or intend to put in place to safeguard the members of your team currently participating in Istanbul from abuse,'' Kovacs wrote to Boxing Canada. "Please be aware that IBA is likely to make contact directly with your team here, to inform them of the safeguarding measures that IBA has in place.''

World and national medallists were among the athletes who signed Wednesday's letter asking both for an independent investigation and the resignation of Trepanier.

Three-time world champion Mary Spencer told The Canadian Press that Trepanier "should have been fired a long time ago."

"(Trepanier) 100-per-cent set us up to fail, he'd set up an obligation, but the obligation was unfulfillable, it was impossible to do it,'' Bernier said. "That situation was a landmine, and he was looking for me just to step on it."

Athletes painted a picture of a hostile environment of homophobic, misogynistic and sexist comments. They wrote about safety concerns including being forced to spar despite have concussion symptoms.

They said there's a lack of impartiality around things like the dispersal of funds, and favouritism that clouds decisions around team selection.

The IBA asked Boxing Canada for more information about athletes claims, including a comprehensive collection of athletes' experiences the athletes said they presented to Boxing Canada's board of directors last year, and no investigation was launched.

"The open letter says: 'Boxing Canada has been made aware of these concerns but has failed to take action.' This is a matter of great concern to us. Please be aware that IBA is likely to seek further details," Kovacs said.

The IBA has asked that that document be sent to the IBA Integrity Officer, "together with a description of if and how it was treated, including notably evidence that the matter has been referred to Boxing Canada's Ethics Committee or any similar body in Canada."

The IBA said it also planned to follow up with Spencer on her experiences with Boxing Canada.

Smith was asked Friday what kind of leverage the COC has with national sport organizations.

"We're not in charge of the NSOs," she said. "They’re independent. They’re our members, but we do have an opportunity to have a huge role in getting the sports together . . . and identify the issues and talk about the issues, as a system, to improve."

Asked if there was any mechanism to withdraw a national sport organization's membership, she said: "We can look at all the different options, but certainly we’d want to know all the history and background before doing so. But, like any organization, if a member is not living up the standards, we have all the same bylaws as any organization."

-- With files from Frederic Daigle in Montreal.