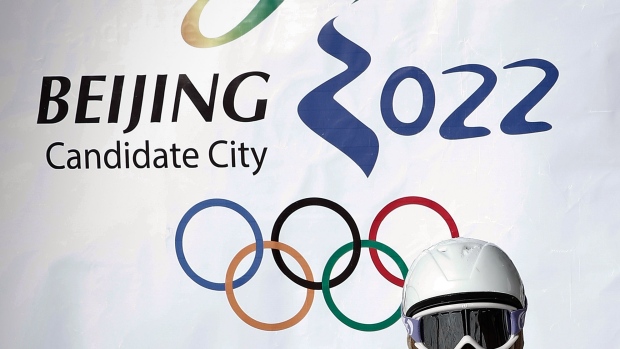 BEIJING, China - An IOC evaluation commission began meetings in Beijing on Monday in preparation for a five-day inspection of the city's bid for the 2022 Winter Olympics.

The 19-member commission begins visiting sites for hockey, ice skating and other events in central Beijing on Tuesday before checking proposed skiing and sliding venues further outside the city.

Beijing is competing against Almaty, Kazakhstan, and is seeking to become the first city to host both the summer and winter games.

Chinese organizers say hosting the games would raise the profile of winter sports in the world's most populous nation. Most of the proposed venues are left over from the 2008 Games, leading to significant cost savings in keeping with the IOC's Olympic Agenda 2020 goals for a more frugal, athlete-oriented games whose legacy will live on with robust sports programs and continuing use of venues.

The International Olympic Committee will select the host city on July 31 in Kuala Lumpur, Malaysia.

In all, Beijing plans to spend $3.9 billion on infrastructure and operations, a tiny fraction of the $51 billion spent by Russia on the 2014 Sochi Games.

"We have developed a highly robust games concept, founded on athlete-centred, sustainable and economical principles," Beijing Mayor Wang Anshun was quoted as saying by the bid organizing committee.

The inspectors concluded a visit to Almaty last month, after which Kazakh organizers announced several venue changes they say will make the games more efficient and save more than $500 million, in a nod to the Agenda 2020 reforms.

Almaty is selling its bid largely on Kazakhstan's long winter sports tradition and the nearness of competition venues to the city centre, in contrast with Beijing's far-flung facilities and relatively new appreciation for winter sports.

Other key concerns include a lack of natural snow and Beijing's notorious air pollution. Pro-Tibetan and human rights groups have also urged the IOC to consider China's record of abuse of civil and political liberties and gender discrimination in making its decision, citing strengthened support for basic human rights embedded in the 2020 Agenda.

President Xi Jinping has unleashed the harshest campaign against government critics in a decade, along with tightened curbs on the media, universities and legal profession, she said.

"Instead of the promised improvements, the 2008 Summer Olympics prompted a crackdown. Seven years later, civil society is again enduring an extraordinary assault. It will be hard for the IOC to reconcile its new standards with the Chinese government's track record," Richardson said.

The Beijing 2022 Bid Committee has said it was natural for groups to raise issues, but would "stand by the effort to keep politics and sport separate."