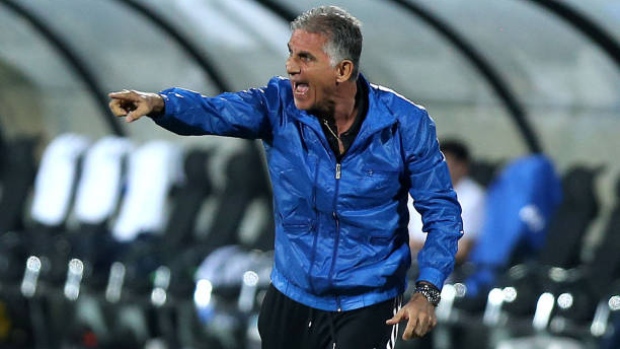 TEHRAN, Iran — Jalal Hosseini and Vouria Ghaffouri have both been left off Iran's provisional 24-man squad for the World Cup.

Iran coach Carlos Queiroz did not say why Hosseini, a Persepolis defender, and Ghaffouri were not included.

There was space for midfielders Masoud Shojaei and Ehsan Hajsafi, however. Both played with Greek club Panionios against Maccabi Tel Aviv in August 2017. Iran does not recognize Israel and its supreme leader has threatened the country in the past. Both Shojaei and Hajsafi missed matches with the national team after the game.

Alireza Jahanbakhsh, a 24-year-old forward who plays in the Netherlands with AZ Alkmaar, is also in the squad, which was announced Sunday.

In the midfield, Queiroz chose Saeid Ezatolahi, although the Amkar Perm player will miss the team's first World Cup match because he was given a red card in a game against South Korea in qualifying.

Goalkeeper Amir Abedzadeh of Portuguese club Maritimo made the squad. His father, Ahmadreza Abedzadeh, was Iran captain and goalkeeper at the 1998 World Cup in France.

Iran will play in Group B at the World Cup with Portugal, Spain and Morocco. The team will play warm-up matches in Turkey and Greece before heading to Russia.