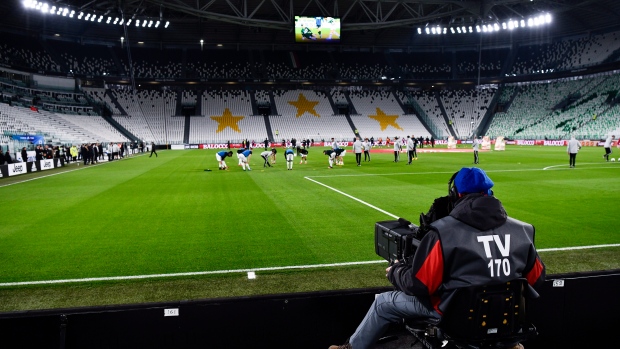 ROME — The Italian soccer federation added an “anti-Super League” clause to its regulations on Monday, making it easier to expel any club that attempts to break away in the future.

The rule, which would ban any team participating in a privately run competition from playing in domestic leagues, was approved unanimously by the FIGC council, which includes Inter Milan CEO Giuseppe Marotta.

Serie A leader Inter, Juventus and AC Milan were the Italian teams that were among the clubs leading the charge for the ill-fated Super League.

“Those who feel they have to participate in competitions not authorized by the FIGC, FIFA or UEFA lose their affiliation,” FIGC president Gabriele Gravina said.

The controversial breakaway of Europe’s elite soccer teams imploded last week — shortly after it was announced — when all six English clubs backed away from the proposal, following a backlash by fans and authorities, and they were swiftly joined by Inter and Atlético Madrid.

Juventus and Milan admitted the project was going nowhere immediately, while leaving open the possibility of joining a Super League at a later date.

“At the moment, we don’t have any news on who has remained and who has left the Super League,” Gravina added.

“This rule applies to national licences. It’s clear that if by June 21... someone should want to participate in competitions of a private nature, they will not take part in our league.”

Gravina, who said last week the clubs would not be punished for their involvement in the plan, again stressed his belief that the failed Super League project should serve as a wake-up call that change is needed.

The federation is working on reforms, which it acknowledged need to be introduced soon. Gravina said these will likely include playoffs for relegation and promotion, as well as a reduction in the number of teams in Serie A.

“Those who interpreted the Super League as an act of weakness from several clubs who are experiencing a moment of difficulty economically, or an insurrection in the soccer system are mistaken,” Gravina said. “It’s a delicate matter that needs to be further explored.”