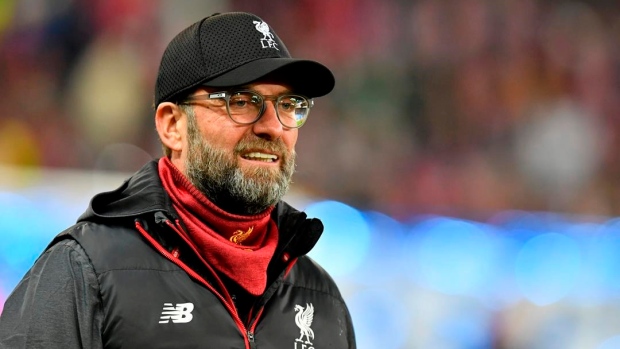 LIVERPOOL, England — The praise was loaded with a more sinister edge as Liverpool manager Jürgen Klopp spoke about the challenge of breaking down European soccer’s toughest defence.

“We expect a really experienced performance from Atletico Madrid, let me say that,” Klopp said, with a wry smile and extra emphasis on the word “experienced.”

Amid all his strategy and tactics, Klopp’s most important advice to his players ahead of the Champions League match against Atletico at Anfield on Wednesday might be to keep a cool head in the face of the Spanish team’s perceived dark arts.

The time-wasting. The prolonged stoppages for injuries. The rolling around.

At least that’s how Liverpool saw it during its 1-0 loss to Atletico in the first leg at the Wanda Metropolitano last month.

“It is frustrating at times,” Liverpool defender Andrew Robertson said, sitting alongside Klopp at a news conference on Tuesday, “but it is not going to change.”

Klopp was so concerned about Atletico’s gamesmanship three weeks ago that he withdrew arguably his most dangerous attacker, Sadio Mane, at halftime, fearing the Senegal forward would be sent off.

Mane had already been booked for a challenge on Sime Vrsaljko when the Croatia defender appealed aggressively for his opponent to receive a second yellow card minutes later. Mane had merely brushed past Vrsaljko, but the complaints from Atletico were vigorous and seemingly premeditated.

“If it is always that easy for you to get out the best player of the opponent, then there is something wrong with the game,” Klopp said. “If the player does nothing wrong but it's still possible … wow!”

Atletico’s approach seemed to rattle Liverpool, which didn’t have a shot on target all game - an improbable statistic for a team that leads the Premier League by 25 points and has one of the most feared front lines in world soccer in Mane, Mohamed Salah and Roberto Firmino.

Atletico coach Diego Simeone had intended to add a more attacking edge to his team this season, especially with the signing of teenage Portugal forward Joao Felix in the off-season for a club-record 126 million euros ($143 million).

But goals have been hard to come by in La Liga this season - Atletico has the fewest of the top nine teams in the division with 31 from 27 games - while the defence has been as stingy as ever, conceding just 21.

Old habits die hard and surely no team in Europe relishes defending a lead more than Atletico, especially when the stakes are as high as they are on Wednesday with the defending champions on the brink of elimination.

Liverpool reached the Champions League final in the last two seasons, losing to Real Madrid on 2018 and beating Tottenham in 2019.

Going out in the last 16 in its title defence would be a big surprise, given how dominant Liverpool has been on the domestic front this season.

And an early exit would leave the Reds in a strange position. Potentially able to wrap a first English championship title in 30 years as early as next week should results go their way, their season could be “over” with two months still to play as they are already out of the FA Cup.

“It is do or die,” Robertson said.

For all the accolades Atletico's defence receives, Simeone's team did squander a 2-0 lead against Juventus from the first leg of the last 16 last season, losing the return match 3-0 following a hat trick by Cristiano Ronaldo.

“We couldn't play in Turin,” Simeone said. “We couldn't compete. They never let us compete.”

Two of the four Champions League matches being played this week - Paris Saint-Germain vs. Borussia Dortmund and Valencia vs. Atalanta - are being played in empty stadiums because of the coronavirus outbreak. There will, however, be fans at Anfield - a stadium famous for its special atmosphere on European nights - and Simeone is happy about that.

“You hear rumours (that the match could be played without fans) but it could change the atmosphere of the game,” he said in comments through a translator. “I think it wouldn’t be fair on Liverpool to have played in front of fans at our place, and then for us to play without fans here.”

Liverpool should welcome back Robertson and captain Jordan Henderson from hamstring injuries, but goalkeeper Alisson Becker will again be missing because of a calf problem.

Simeone should have a full squad from which to choose.