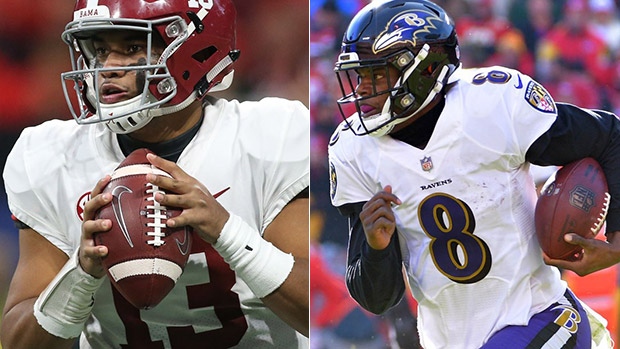 Each team revealed 10 players on their negotiation list with Jackson showing up on the BC Lions list and Tagovailoa on the Hamilton Tiger-Cats list. Jackson was named the Ravens' full-time starter moving forward ahead of Joe Flacco earlier Wednesday while Tagavailoa finished second in the Heisman Trophy voting and is expected to be a first round draft pick in the NFL next season.