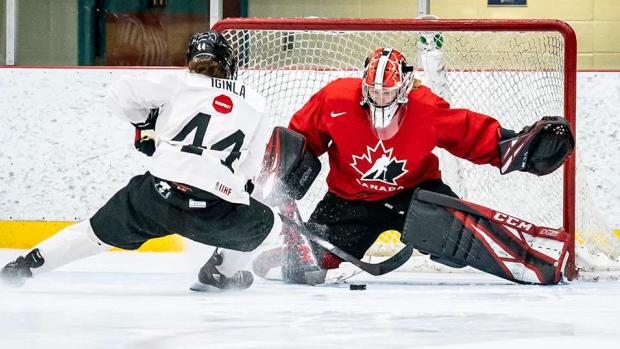 Forward Jade Iginla has been ruled out for the IIHF U18 Women's World Championship, which begins on Monday, Hockey Canada announced.

Hockey Canada says Iginla suffered an upper-body injury during a pre-tournament game against the United States on June 2.

Iginla was set to make her international debut for Canada.

“Jade has made an enormous impact on our team, and while it is extremely disappointing she won’t be able to compete along with her teammates, we know she will continue to have a positive influence within our dressing room,” said Gina Kingsbury, director of hockey operations with Hockey Canada.

Canada opens the tournament Monday in Madison, Wis., against Finland.