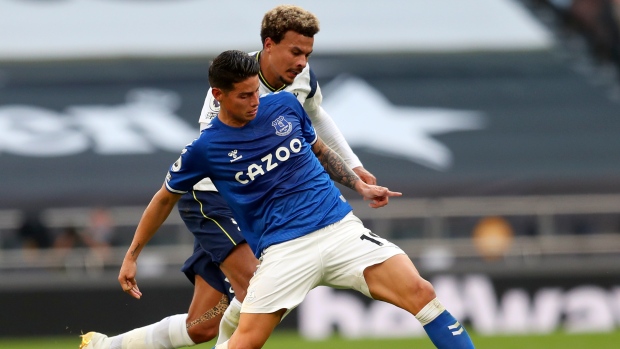 James Rodriguez's time at Goodison Park is over.

Everton confirmed on Wednesday that the 30-year-old Colombia midfielder had signed for Qatari side Al-Rayyan.

Rodriguez had joined the Toffees in the summer of 2020 from Real Madrid on a free transfer, keen to link up with former manager Carlo Ancelotti, who Rodriguez had worked with at both the Bernabeu and at Bayern Munich.

But with Ancelotti's return to Real and Rafael Benitez's appointment, Rodriguez fell out of favour at Everton and did not feature in a single match this season.

He ends his Everton tenure with six goals in 26 appearances across all competitions.

Capped 80 times by Colombia, Rodriguez has also played for Porto and Monaco.

He joins an Al-Rayyan side managed by former France and Paris Saint-Germain manager Laurent Blanc.