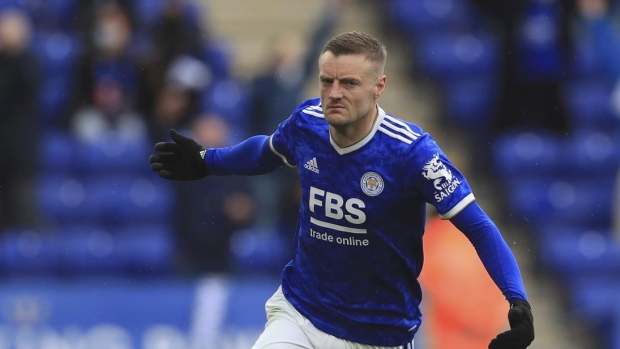 Striker Jamie Vardy is expected to miss up to four weeks with a hamstring injury that was aggravating during the victory.

The 34-year-old former England international collided with Joel Matip, but managed to play on for the remainder of the match.

"I think the fatigue element in that combination of games has probably led to it," he added. "The players are not robots. People think, because they are paid a lot of money, they should turn out and play every single day of the week and that's not the case. It's the combination of games we have had - and the recovery time - that has made it difficult for him."

Leicester is already with the services of forward Patson Daka with a leg injury and the club is set to lose both striker Kelechi Iheanacho and midfielder Wilfred Ndidi to international duty with the pair called into the Nigeria squad for the Africa Cup of Nations that begins on Jan. 9.

Vardy, in his 10th season with the club, has nine goals in 15 league appearances this term.

The Foxes currently sit on 25 points and are ninth in the table, 10 points back of Arsenal for the final Champions League spot.

The team is next in action on New Year's Day when it hosts Norwich City at the King Power.