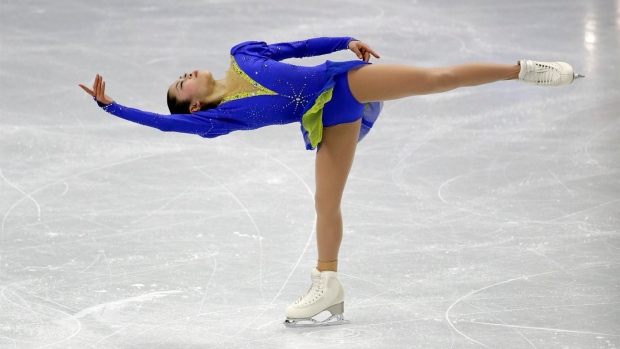 The Waterloo, Ont., couple climbed from third after the short dance to top spot with 177.46 total points for their second career Four Continents title. They edged Madison Chock and Evan Bates of the U.S., who finished second with 176.18 and another American couple, Maia Shibutani and Alex Shibutani (170.79).

"It wasn’t easy coming from behind, but that’s a position that we've been in for seemingly our whole career so it was nothing new to feel like we had to fight for this free dance," said Weaver. "There is a little bit of extra gusto in there, because the desire to move up and that helped us to perform today."

Since the start of the 2014-15 season, Weaver and Poje have four international victories including the Grand Prix title and also won the national crown last month.

"We are building on our success," said Poje. "It’s a good way to end our last competition before the world championships. We’re going to head home with some good feedback. Now we just need to keep working hard to insure we have our strongest performance in Shanghai."

Piper Gilles and Paul Poirier of Toronto were fourth and Alexandra Paul of Midhurst, Ont., and Mitchell Islam of Barrie, Ont., sixth.

In the women's event, Satoko Miyahara of Japan led the short program by 2.17 points over Gracie Gold of the United States.

Miyahara opened with a triple Lutz-triple toe combination and landed all of her other jumps to receive 64.84 points for her routine to Mozart's Magic Flute.

"I could have executed the triple-triple a little better but I scored higher than I thought I would so I'm happy," the 16-year-old Miyahara said. "I finished second last year so am hoping to move up a place this time."

Gold singled a planned double Axel and finished with 62.67, while Rika Hongo of Japan was third with 61.28.

Miyahara, who won the 2014 Japan championships, is looking to follow the international success of retired skaters Mao Asada and Shizuka Arakawa.

Alaine Chartrand of Prescott, Ont., was sixth at 58.50 while Gabrielle Daleman of Newmarket, Ont., was fifth and Veronik Mallet of Sept-Iles, Que., 13th.

The free skate is on Sunday.