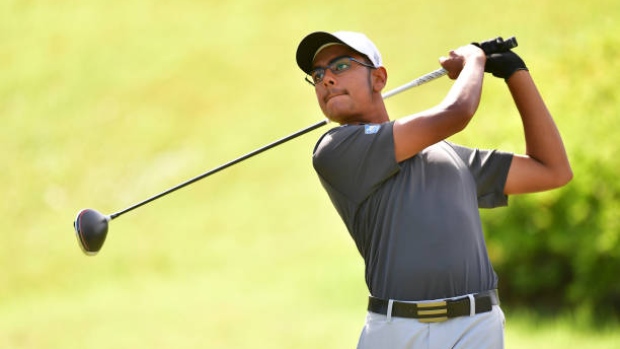 SPRUCE GROVE, Alberta—Jeevan Sihota had several offers to play collegiate golf in the United States. However, the 18-year-old from Victoria, British Columbia, opted to pursue a different path. He chose to turn professional instead and made his PGA TOUR Canada debut earlier this month.

Sihota made the cut at the Royal Beach Victoria Open presented by Times Colonist after shooting a 64 in the second round. He wound up shooting 6-under in the tournament, tying for 31st overall and collecting 21 points in the Fortinet Cup standings. His first payday $1,160.

The 72-hole event at the Edmonton Petroleum Golf and Country Club begins Thursday and continues through Sunday.

“I’m really excited to be here. The course is in wonderful shape. The rough is nice and thick, which I love. It’s an awesome course. I love the layout of the course,” said Sihota, who also noted that the three-hole practice facility is one of the best he’s seen.

Sihota acknowledged using the latter a ton as he prepares for his second Tour start. Using such facilities at a sanctioned event, he said, has led to improvement every day.

“It’s helping my game out no matter how it goes,” Sihota explained. “And that's just a nice feeling to have.”

Make no mistake, though, Sihota still has high expectations.

“I always come to a tournament to win,” he said. “So, I mean, I want to win. But I’m just going to go out there and try to hit the best shots I can, commit to every shot and see what happens.”

Entering the season-opening tournament, Sihota had been working on a lot of his knock-down shots and releasing the club a little earlier, something he especially focused on in the first round. He had a 72 on the opening day in Victoria before settling in with rounds of 64-70-68 the rest of the way.

“So, I’ve just been working on that and just getting it a little better,” said Sihota, who had a few shots go off to the right by holding the club face off. “I feel in a comfortable state where I’m just being able to swing and hit good shots.”

After taking last week off for the PGA TOUR’s RBC Canadian Open, PGA TOUR Canada’s ATB Classic presented by Edmonton Volvo is the second stop in an 11-event circuit that follows a thrilling season opener in Victoria. Stevens defeated Knapp in a playoff that took three extra holes to decide. The winner needed to make a birdie putt on No.18 to pull even with Knapp and move one shot ahead of Dossey in a tightly contested quest for the crown and 500 Fortinet Cup points.