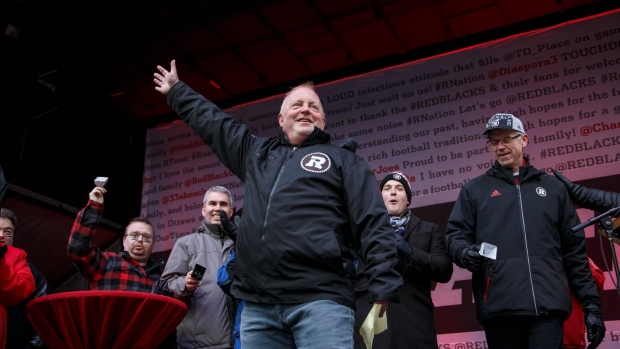 Jeff Hunt, the Ottawa businessman who was instrumental in the success of both the Ontario Hockey League’s Ottawa 67’s and Canadian Football League’s Ottawa Redblacks, has left the ownership group that owns and manages both teams.

Hunt’s departure from the Ottawa Sports and Entertainment Group marks an end to his nearly 22-year association with the 67’s, which be bought in 1998 at a time when there was skepticism about the future of junior hockey in Ottawa.

“It’s time to move on,” Hunt told TSN Wednesday. “I’ve done everything I feel I can do in junior hockey and the CFL and am ready for a new challenge.”

During his tenure, Ottawa teams successfully hosted both the Grey Cup and Memorial Cup, and won both championships as well.

In recent months he has partnered with European soccer franchise Atletico Madrid on the ownership of an Ottawa franchise, Atletico Ottawa, in the Canadian Premier League, which will become his primary focus.

Hunt was the president of both the 67’s and the Redblacks until the end of 2018. He stressed the timing of his departure is not related to the COVID-19 pandemic that has had a drastic impact on all North American sports.