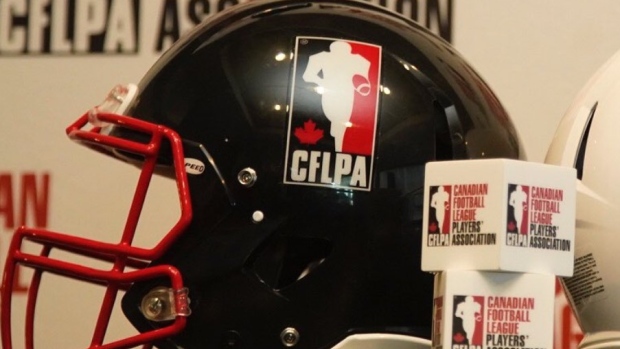 TORONTO — Jeff Keeping won't be seeking re-election next week as president of the CFL Players' Association.

The union made the announcement Friday in a statement while Keeping informed the membership of his decision in a letter.

"The time is right to move on," Keeping siad in a statement. "I am proud of what we have accomplished as a union, proud to have served the membership for over a decade in various roles, but most importantly proud to see the strong foundation we have built together on behalf of the membership of the Canadian Football League Players' Association."

Keeping, 39, had been CFLPA president since 2016 after being elected to the union executive as third vice-president in 2014. Keeping first became involved in the CFLPA as a player rep.

The six-foot-five, 295-pound Keeping spent 12 seasons as a CFL player with the Toronto Argonauts (2005-07, 2009-15), Montreal Alouettes (2008) and Winnipeg Blue Bombers (2016) before retiring. The native of Uxbridge, Ont., was a versatile pro, lining up as a fullback, tight end, defensive lineman and offensive lineman.

Keeping was Toronto's second-round pick, No. 18 overall, in the 2005 CFL draft out of the University of Western Ontario. He won a Grey Cup with the Argos in 2012 and was named a league all-star the following season.

The CFLPA will host its next election for executive positions at its upcoming annual general meetings from Feb. 27 to March 1 in Las Vegas.