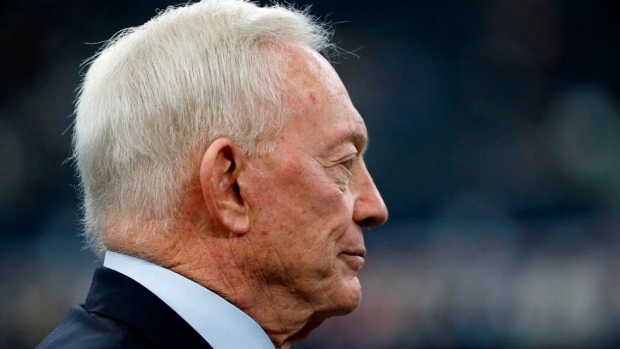 Contrary to a recent report that suggested that the Dallas Cowboys have their eyes on famed college coach Urban Meyer to succeed current head coach Jason Garrett, Cowboys owner Jerry Jones said on Tuesday that the team has not met with Meyer.

“That is not correct. We have not met with any coach," Jones told Dallas-based radio station 105.3 The FAN on Tuesday when asked about Meyer.

Despite telling the media that the Cowboys haven't met with Meyer, Jones, however, appeared to suggest that the team could have interest in the coach.

“In answering that question, I don’t want to imply that we wouldn’t in a way that would diminish the credibility of the person you’re asking about.”

Jerry Jones made it clear that he wasn’t saying they are not interested, they just haven’t talked to any coach: “In answering that question, I don’t want to imply that we wouldn’t in a way that would diminish the credibility of the person you’re asking about.” https://t.co/mfmPUQ17cx

Meyer, 55, who currently works as broadcaster, has had tremendous success in the college ranks, winning two national championships with Florida and another with the Ohio State. Besides those two schools, Meyer's has also coached at Bowling Green and Utah in his career, totalling an overall record of 187-32.

With just three games remaining in the season, Dallas is tied for the division lead in the NFC East with a 6-7 record, despite losing their last three games.