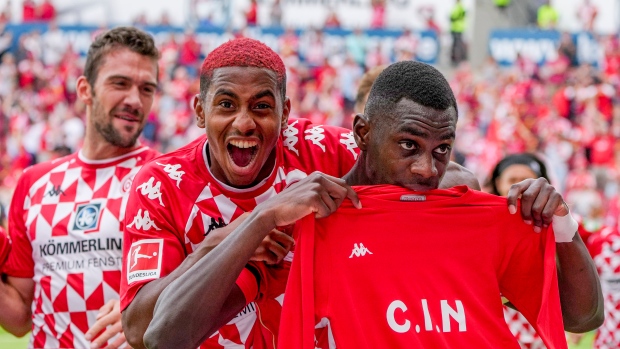 Mainz coach Bo Svensson had to field an inexperienced side with 11 players in quarantine after three tested positive for COVID-19 over the previous week. Three members of his coaching staff were also in quarantine.

If Leipzig’s players were expecting an easy game against their depleted opponents, they were soon disappointed, however. The home team attacked from the off and twice went close before Moussa Niakhaté scored what proved to be the winner.

Nordi Mukiele failed to clear and Niakhaté fired the ball into the net from close range in the 13th minute.

Leipzig’s best chance came for Christopher Nkunku on a quick counterattack in the 19th, but the 20-year-old Niklas Tauer got back with a brilliant block to deny the French player.

Goalkeeper Robin Zentner prevented Leipzig’s Mohamed Simakan from equalizing on his Bundesliga debut in the second half, while Marsch urged his team on from the sideline.

Marsch made three substitutions in the 64th minute, but Mainz refused to buckle and even had another goal ruled out for offside ten minutes later.

André Silva headed just over and Zentner made another save as Leipzig went close in injury time.