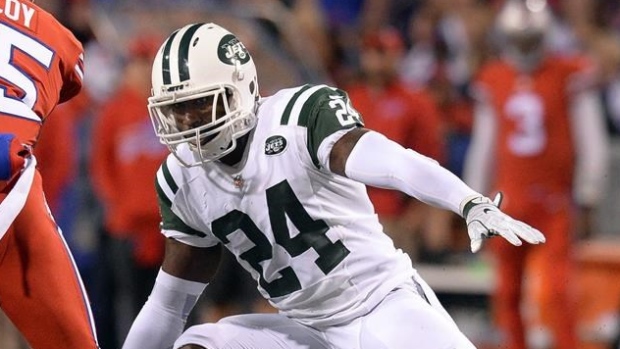 NEW YORK — The New York Jets are moving on from one of the best players in their franchise's history.

The team informed star cornerback Darrelle Revis on Tuesday that they are releasing him, ending his second tenure with the Jets — a two-year run that was marked by a stunning slip in play because of injuries and age.

Revis, 31, was scheduled to make $15 million, including a $2 million roster bonus, next season — but that would have been a lofty salary for an aging player who admittedly had a subpar year.

The move, which was expected, makes Revis a free agent while also clearing about $9.3 million on the salary cap.

The Jets still owe him $6 million as part of the $39 million in guarantees in the five-year, $70 million deal he signed with New York in 2015.

"Darrelle Revis is one of the greatest players to ever wear a Jets uniform," owner Woody Johnson said in a statement . "His combination of talent, preparation and instincts is rare and helped him become one of the most dominant players of his generation.

"I appreciate Darrelle's contributions to this organization and, wherever his career takes him, his home will always be here with the Jets."

Revis is facing four felony counts, including aggravated assault and other charges alleging he was in a fight with two men on Feb. 12 in Pittsburgh. A pre-trial hearing will be held on March 15.

A source with direct knowledge of the decision said Revis' legal issues didn't play a factor. Revis' time with the Jets had long been assumed to be over because of his decline in play and the hefty contract.

The person spoke to The Associated Press on condition of anonymity because the team did not publicly discuss its decision-making process.

The Jets will not, according to the person, try to recoup any of the $6 million in guarantees as a result of Revis' arrest. The team did its due diligence in reviewing the contract language, but ultimately decided to not go that route.

In a statement posted on his Twitter account , Revis said: "I can't thank Woody Johnson and the entire Jets organization enough for taking a chance on me back in 2007. I played some of my greatest football in green and white. Jet Nation has always been behind me and teammates. Without all of you, there would be no Revis Island. I love you New York!!!!!!"

Revis established himself as one of the top players in franchise history after being drafted No. 14 overall in 2007, earning the nickname, "Revis Island" for his penchant for routinely shutting down opposing teams' top receivers from Terrell Owens to Chad Johnson to Andre Johnson.

Opposing offences would often game plan away from Revis' side of the field as the cornerback dominated in coverage. He made four straight Pro Bowl appearances after his rookie season and was selected a first-team All-Pro three times in that stretch.

"Darrelle is the consummate professional and one of the greatest to ever play the cornerback position," Jets coach Todd Bowles said in a statement.

Revis also gained a reputation for being a savvy businessman, who engaged in a handful of tough contract negotiations during his time in New York.

A torn knee ligament early in 2012 ended his season after just three games. It appeared to be the end of Revis' time with the Jets as he was traded to Tampa Bay in 2013 to cap what had been a messy divorce filled with contract disputes.

He was released by the Buccaneers after that season, and signed by New York's AFC East rival, New England — and helped the Patriots win the Super Bowl.

But New England declined a $20 million option for the following season, making Revis a free agent. New York jumped at the chance to reunite with Revis, signing him to a huge deal in March 2015 that was met by praise from Jets fans.

Revis played through a wrist injury that affected his ability to jam receivers at the line of scrimmage — a big part of his game — and led to a somewhat subpar performance in 2015, although he still made his seventh Pro Bowl.

He came to camp last summer a bit out of shape, and he then struggled throughout the season while appearing to be only a shell of his shutdown self. He allowed some big plays that once seemed unthinkable against him.

Revis blamed age and injuries on his decline, and even entertained the idea of perhaps switching to safety next season.

Revis was also, for the first time in his career, the target of regular criticism from some fans and media, who pointed out what was perceived to be a lack of effort on tackle attempts, as well as his work ethic and abilities.

"I think people don't respect me enough, which is fine," Revis told the AP in November. "I don't know why, though, because the numbers are there. I've proven myself year in and year out for a number of years, and they're not being respectful to that."

Revis was largely a victim of his own greatness, setting the bar so high with stellar play for so long that any slip in his performance was noticeable — and surprising.

In an off-season in which the Jets have already parted ways with the likes of centre Nick Mangold, kicker Nick Folk and right tackle Breno Giacomini, it was only a matter of time before New York made the inevitable move to release Revis.

"When you're dealing with a player of Darrelle's calibre, these decisions are extremely hard to make," general manager Mike Maccagnan said in a statement. "We all have a great deal of respect for Darrelle and the significance of his time with the Jets cannot be overstated. He provided an example of how a pro should approach his craft and established his place in NFL history as one of the best at his position."