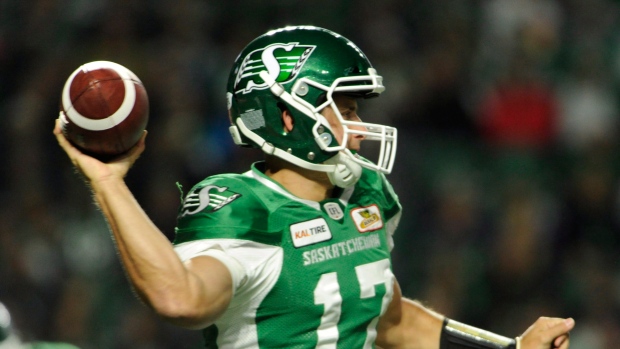 Former Toronto Argonauts general manager Jim Popp had a one-year contract extension in place to bring quarterback Zach Collaros back for next season, but didn't have the chance to bring the deal to MLSE before being fired on Tuesday, according to TSN's Matthew Scianitti.

Multiple sources tell @TSN_Sports now former #Argos GM Jim Popp had a 1 year deal in place to bring Zach Collaros back to Toronto in 2020. Popp never got the chance to bring deal to MLSE. Popp also turned down inquiries from other teams (#Bombers and #Ticats) about Collaros #CFL

The Argos acquired Collaros from the Saskatchewan Roughriders on July 31.

The 31-year-old hasn't played since Week 1 after suffering a concussion against the the Ticats.

The native of Steubenville, OH spent two seasons with the Boatmen in 2012 - winning the Grey Cup in 2012 as a backup to Ricky Ray - and 2013 before being released by the team in January of 2014 when he subsequently signed with the Tiger-Cats.

The Cincinnati product is in his eighth CFL season.

He appeared in 14 games last season for the Riders, throwing for 2,999 yards on 234-for-382 passing and nine touchdowns.

Michael "Pinball" Clemons was named the 20th general manager of the Argos on Tuesday.