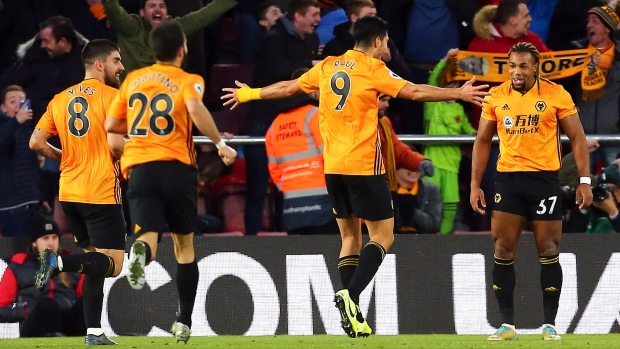 SOUTHAMPTON, England — Two-goal Raul Jimenez was the inspiration as Wolverhampton came storming back from two goals down to win 3-2 at Southampton in the Premier League on Saturday.

Southampton pair Jan Bednarek and Shane Long both scored in the opening 35 minutes to seemingly put their side on course for a sixth victory in seven matches.

But Portuguese teenager Pedro Neto reduced the deficit for Wolverhampton in the 53rd after pouncing on Adama Traore's centre.

Jimenez then converted a penalty to level after Jonny was sandwiched by Jack Stephens and Bednarek. Referee Darren England, making his Premier League debut, initially awarded a corner before his decision was overturned by VAR.

Mexico striker Jimenez completed the Wolverhampton turnaround by scoring in the 76th minute after more good work from Traore.