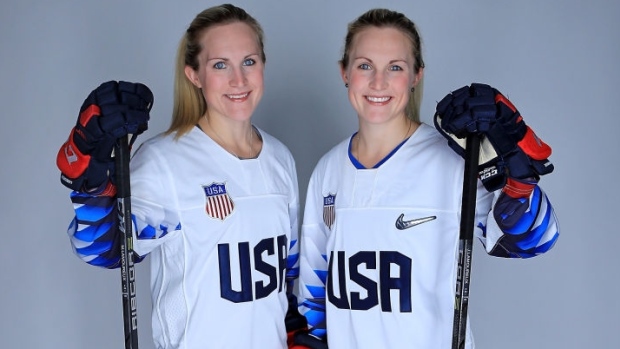 USA Hockey announced Tuesday that the twins would be stepping away after a decorated playing career spanning 14 years with the women's team.

They competed in three Olympic Games, headlined by a gold medal performance in PyeongChang in 2018. In the final against rival Canada, Lamoureux-Morando’s late game-tying goal pushed things into overtime and Lamoureux-Davidson scored the decisive goal in the shootout to lift the U.S. to its first gold medal in Olympic women’s ice hockey in 20 years.

“Monique and Jocelyne were fierce competitors, and their desire to win was evident every time they wore the USA jersey,” said Pat Kelleher, executive director of USA Hockey in a news release. “They have been a big part of the success of our program for many years. We thank them for their passion and dedication and wish them nothing but the very best in the future.”