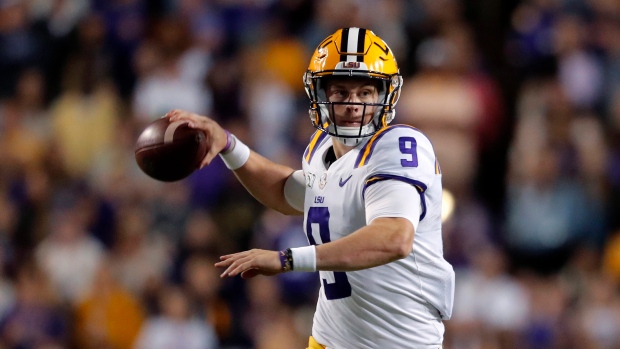 STARKVILLE, Miss. -- Joe Burrow threw for 327 yards and four touchdowns to break the LSU season record with 29 in the No. 2 Tigers' 36-13 victory over Mississippi State on Saturday.

Mississippi State (3-4, 1-3) sacked Burrows three times and regularly confounded the Tigers on third down, but LSU managed to score points on every drive of the first half and led 22-7 at the break. A pair of third-quarter touchdowns sealed the win.

Mississippi State freshman Garrett Shrader threw for 238 yards and a touchdown with two interceptions. He also rushed for 66 yards and another touchdown. Kylin Hill, the SEC's No. 2 rusher, had only 34 yards and was held below 100 yards for the third straight game. Mississippi State had 13 penalties for 109 yards.

LSU: Even in a hostile conference road environment, the Tigers kept right on doing the same things they've done all season: scoring points and shutting down opposing offences. This team has all the pieces to compete in Atlanta and beyond.

MSU: The Bulldogs looked as good on defence as they have at any point this season, but the math for bowl eligibility continues to get tougher for second-year head coach Joe Moorhead.