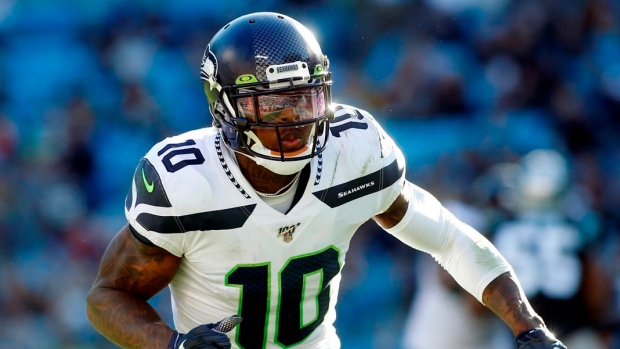 The National Football League Players Association has determined that suspended free-agent wide receiver Josh Gordon has successfully completed his NFL-monitored treatment program and has recommended that he be reinstated, according to ESPN's Adam Schefter. Gordon is currently awaiting final approval from Commissioner Roger Goodell and is reportedly vaccinated and ready to play.

NFLPA determined Josh Gordon has successfully completed his NFL-monitored treatment program and has recommended to the NFL that he be reinstated, per sources. Gordon is awaiting final approval from NFL Commissioner Roger Goodell, but he is said to be ready to play and vaccinated.

Gordon, 30, last played in the NFL in 2019 with the Seattle Seahawks and New England Patriots, where he caught 27 passes for 426 yards and one touchdown. Gordon was suspended indefinitely on Dec. 22, 2020 when the NFL determined that he had broken the terms of his conditional reinstatement from a previous suspension in December of 2019, his fifth suspension for violating the NFL's substance abuse policy. He was released by the Seahawks in March 2021.

Gordon was selected as an All-Pro and Pro Bowler during the 2013 season while playing with the Cleveland Browns. In 14 games, the Baylor product caught 87 passes for a league-leading 1,646 yards and nine touchdowns. He became the first player in NFL history to record 200 receiving yards in consecutive games.

Gordon has 247 receptions for 4,252 yards and 20 touchdowns in 63 career games with the Browns, Patriots, and Seahawks.