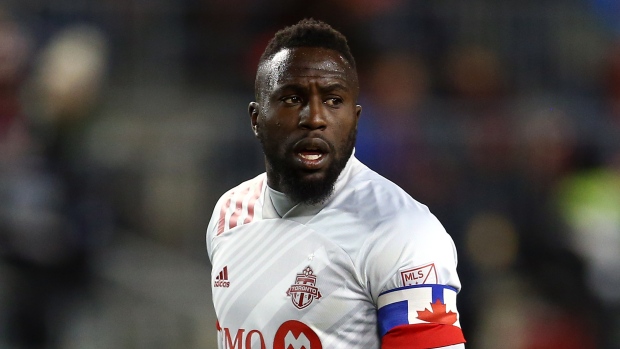 Jozy Altidore’s time in Toronto could be over.

The star striker and Toronto FC are set to part ways and work is being done on the termination of his contract, according to Fabrizio Romano of SkySports Italy.

Altidore will reportedly go to market as a free agent, while TFC will have a DP spot and are "ready for a new signing," tweets Romano.

Jozy Altidore’s set to leave Toronto FC - I’m told it’s done, the decision has been made. Work in progress for the termination of his contract, Altidore will be available on the market as free agent. 🔴 #TorontoFC #MLS

Toronto will have a DP spot free - ready for a new signing. pic.twitter.com/0ZFS14x9Dv

The 32-year-old did not make the trip to Montreal because of non-COVID-19 flu-like symptoms as TFC took on CF Montreal in the Canadian championship final. CF Montreal came out on top, bringing to end a disappointing season for TFC that saw them go 6-10-18 and miss the postseason.

Altidore's time with Toronto began all the way back in 2015 after he was acquired from Sunderland in exchange for Jermain Dafoe.

While Dafoe’s time in MLS was short-lived, Altidore’s has been memorable. The Livingston, N.J., native appeared in a total of 137 regular season MLS matches and an additional 13 playoff contests for Toronto. Altidore started eight of 16 games this season, scoring four goals.

Altidore's best season in MLS came in 2017 when he scored 15 goals during the regular season and helped Toronto to its first MLS Cup, defeating the Seattle Sounders at BMO Field. Altidore scored the game's opening goal in the 67th minute and was named MLS Cup MVP.