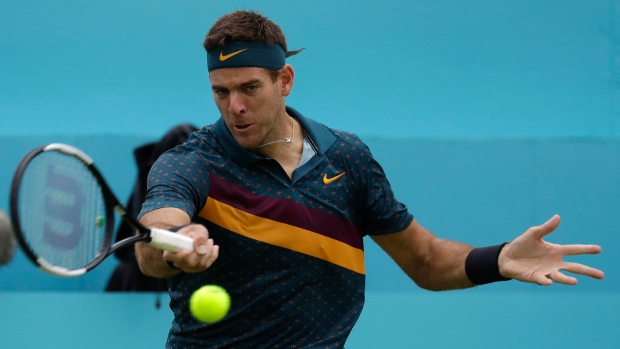 The injury forced the 12th-ranked Del Potro to withdraw from the Queen's Club grass-court event on Wednesday.

Del Potro beat Denis Shapovalov 7-5, 6-4 in the first round, but finished the match with pain and swelling in his right knee after slipping near the net in the second set.

Team Delpo said in a statement Thursday that tests performed in London confirmed the fracture and that Del Potro will have the surgery in the coming days.

Del Potro had also fractured his right kneecap last year when he played against Borna Coric at the Shanghai Masters.