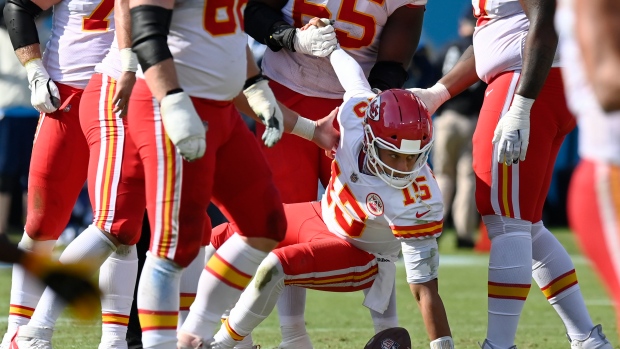 Kansas City quarterback Patrick Mahomes was replaced by Chad Henne after going to the medical tent following his fourth sack against Tennessee.

Mahomes and the Chiefs were going for it on fourth-and-18 from their own 25 trailing 27-3 in the fourth quarter when Denico Autry sacked the 2018 NFL MVP. Titans defensive lineman Jeffery Simmons’ knee caught Mahomes in the head as he came swarming in.

Once Mahomes got up with some help, he went into the medical tent on the Kansas City sideline. He came out of the tent and chatted with coach Andy Reid before going to the bench. Henne took the next series.

Mahomes has an interception and a lost fumble, giving him 11 turnovers this season.