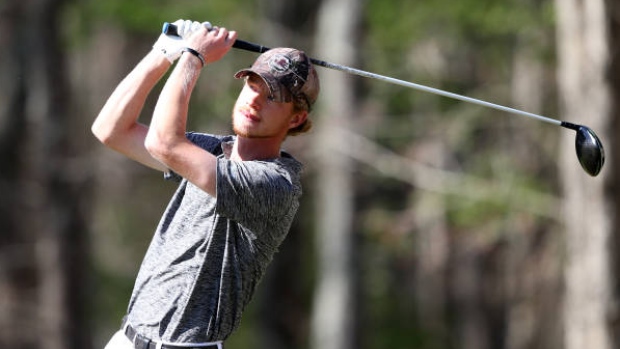 DOTHAN, Alabama — Keenan Huskey leads four players by one stroke after shooting an opening-round 5-under 67 on Tuesday during the Mackenzie Tour – PGA TOUR Canada Qualifying Tournament at RTJ Golf Trail at Highland Oaks.

After bogeying his first hole of the day, Huskey reeled off five birdies over his next seven holes en route to a front-nine 32. On the back nine, he birdied his final two holes after a bogey on No. 15.

“(I felt good about) pretty much everything,” Huskey said. “I hit it really well. My distance control was really good. I was able to make a few putts because of that.”

Huskey, who played collegiately at South Carolina from 2014 to 2018, previously earned fully exempt status for the first half of the 2019 Mackenzie Tour – PGA TOUR Canada season. After finishing T11 at Q-School, Huskey played in five events, with his top finish a T39 at the 2019 Bayview Place DCBank Open presented by Times Colonist.

“The last couple days I found something that I’m feeling pretty good about,” Huskey said. “Obviously it worked today, so hopefully we can keep it going.”

The quartet of players at 4-under-par includes Peter Mathison, Bennett Baker, Scott Stevens and Will Chandler.

In spite of his first-round 68, Mathison didn’t feel great about his game entering the week.

“I hit it well yesterday but a couple days ago, it was not great,” Mathison said. “It feels great to come out and start strong.”

Nineteen players recorded subpar rounds on Tuesday in Dothan. During the morning wave, only five players broke par, led by Ryan Grider’s 2-under 70. During the afternoon wave, 14 players shot under par, including each of the top seven on the leaderboard.

Calum Masters and Turk Pettit are tied for sixth after each carding 69 in the opening round. For Masters, a Georgia alum, RTJ Golf Trail at Highland Oaks is his home course and noted some differences from the usual set up.

“The greens were definitely faster and a lot firmer,” Masters said. “Lately they’ve been pretty soft. I was gone for a stretch of weeks to play in some tournaments. Once I got back Sunday and played, I noticed they had firmed up and gotten a lot quicker. It was definitely a little bit of an adjustment, but I expected that. I knew they wouldn’t keep them soft and slow for the tournament.”

Four players posted 2-under 70 to round out the top 10 – Ryan Grider, Matt Echelmeier, Jeff Burton and Peter Knade.

Wednesday’s second round begins at 7:15 a.m. (CST) off Nos. 1 and 10. The players who played in the morning wave on Tuesday will play in the afternoon on Wednesday and vice versa.