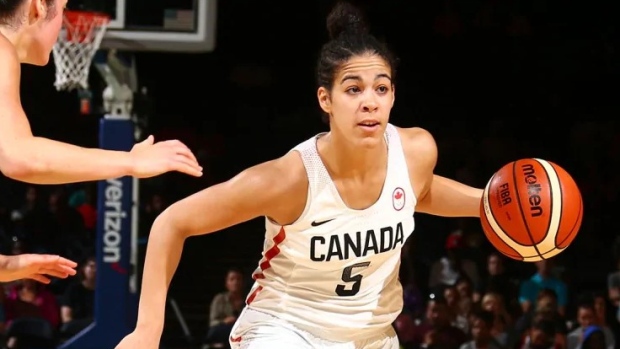 OSTEND, Belgium — Kia Nurse had 19 points to lead Canada past Japan 70-68 on Sunday at a women's basketball Olympic qualifying tournament.

The Canadians qualified for this summer's Tokyo Olympics on Saturday with an 80-50 rout of Sweden.

After edging Belgium 61-56 on Thursday, Canada needed only to finish ahead of Belgium or Sweden in the four-team qualifying tournament to punch its ticket to Tokyo.

Ranked an all-time best No. 4 in the world, the Canadians have their sights set on the Olympic podium in Tokyo, after being ousted in the quarterfinals in both 2012 and '16.

Himawari Akaho led Japan with 16 points and Saki Hayashi had 15.

The Japanese had already qualified for the Tokyo Olympics as host nation.

The Canadian men's team needs to win its last-chance tournament in late-June in Victoria, B.C., to book its first Olympic berth since the 2000 Sydney Games.

This report by The Canadian Press was first published Feb. 9, 2020.