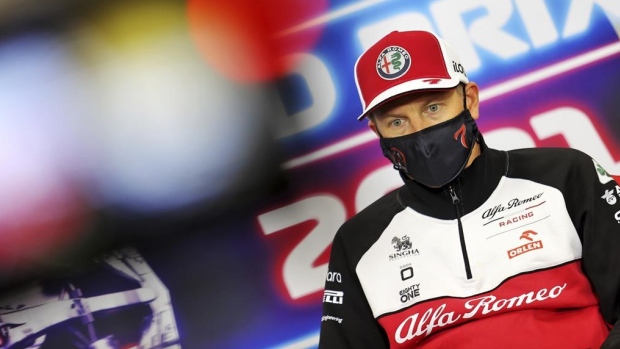 A day after announcing his retirement following the current Formula 1 season, Kimi Raikkonen says he's at peace with the decision.

"F1 takes a lot of time from our lives but it has never been the main thing in my life," Raikkonen said. "I live my life outside and do normal things and from that side it's fine."

The most experienced driver in the history of F1 who currently plies his trade for Alfa Romeo, Raikonnen says there's nothing he would change about the way his career went.

"I had a good run," the 41-year-old Finn said. "I'm happy with what I achieved. It is not easy to win. I wanted to win a championship. I got close one or two times and it happened with Ferrari. Happy it happened, especially with them. I had fun and I did it my way. I wouldn't change a single thing. No complaints."

As for what's next after the season, the 2007 F1 Champion, with Ferrari, says he really doesn't know and is looking forward to a time in his life when things aren't regimented.

"I don't want to have some schedule put on, because obviously the last 18, 19 years in F1, since I started, and I did rallying in those two years [away from F1], there was always a schedule, what is coming next on this date or that date," he said. "I don't want that. That's for sure one of the big reasons I wanted to do something else, that life doesn't go because of the race or whatever it is, the work that is involved in F1. So I'm not in a rush. I've not even thought about it at all yet."

But before Raikkonen can do anything else, there is still the matter of the current season. Next on the docket for Raikkonen and the rest of F1 is Sunday's Dutch Grand Prix outside of Zandvoort.