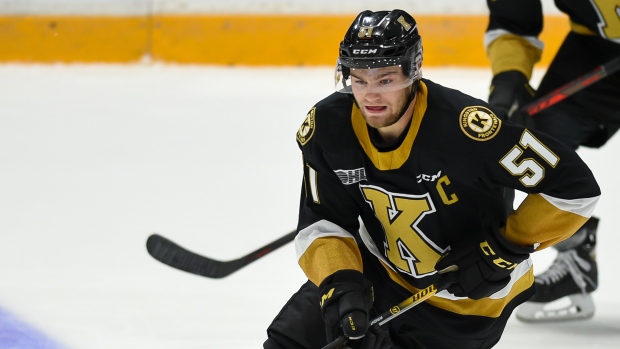 Wright also added an assist and was one of five different Kingston skaters to score.

Ty Tullio completed the Oshawa comeback when he scored with two seconds to play in regulation.

The comeback wasn't enough, however, as Kingston regrouped and found the series-clinching goal from Wright shortly into the extra frame.

The Frontenacs will see the North Bay Battalion in the next round of the playoffs.

And in other OHL playoff action Sunday, the Windsor Spitfires finished off their series with the Sarnia Sting in Game 6 in a 3-1 victory, the London Knights broke their series tie with the Kitchener Rangers to take a 3-2 lead with a 5-3 win and the Flint Firebirds took a 3-2 series lead over the Owen Sound Attack after thrashing them 5-1.