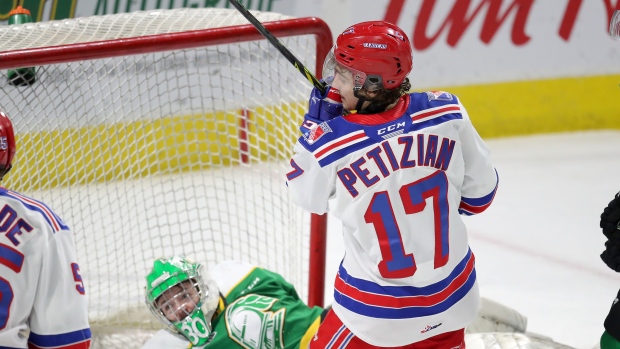 LONDON, Ont. — Mike Petizian scored 11:35 into overtime as the Kitchener Rangers defeated the London Knights 4-3 Wednesday to take Game 7 of their first-round series matchup and move on to the second round of the OHL playoffs.

Pavel Cajan made 51 saves to help Rangers secure the victory.

Joseph Serpa and Reid Valade each added a goal and two assists for Kitchener.

Serpa scored his goal at the 4:47 mark of the third period to tie the game up at 3-3 and send it to overtime.

Kitchener was outshot by London 54-29.

Up next for the Rangers, will be an encounter with the Western Conference's top-seed Windsor Spitfires in the next round.

In other OHL playoff action Wednesday, the Flint Firebirds finished off the Owen Sound Attack in Game 6 with a 4-2 victory.

The Firebirds will square off against the Soo Greyhounds in the second round.