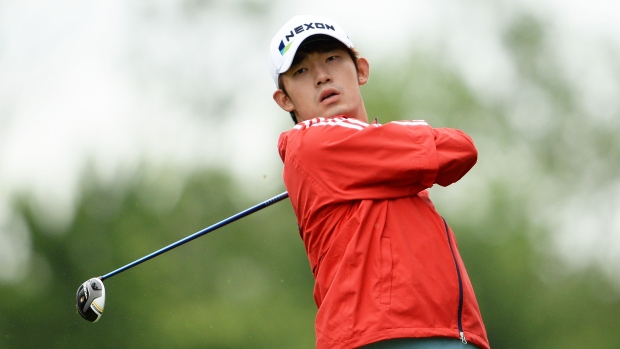 After his shot, Kim flipped off the fan and slammed his club in disgust. Leading by one stroke at the time, Kim would go on to win the tournament. It was his second victory of the season.

The Korean PGA Tour has suspended Bio Kim for 3 years after he flipped off a fan using their cell phone in his swing 😲 pic.twitter.com/hbfmLJeiVB

Though he later apologized, the KPGA fine Kim $8,350 (USD) and levied the ban.

"Kim Bi-o damaged the dignity of a golfer with etiquette violation and inappropriate behavior," the KPGA said in a statement.

Kim, 29, briefly played on the PGA Tour in 2011 and entered the 2013 U.S. Open. He recently held eligibility on the Korn Ferry Tour and could look to return there or seek membership on the Asian Tour or Japan Tour.

With the victory, Kim moved up to 302nd in the world rankings.