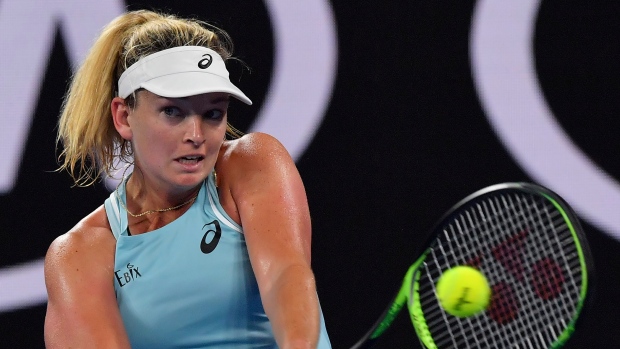 NEW YORK — Kristie Ahn began the final preparation for her return to the U.S. Open with a first-round victory Tuesday at the Bronx Open, where fellow American CoCo Vandeweghe and seeded players Zhang Shuai and Yulia Putintseva were upset.

Ahn beat Jil Teichmann 6-3, 6-4. The American earned a wild card into the U.S. Open and will play in next week's Grand Slam tournament for the first time since her lone appearance in 2008 as a 16-year-old qualifier.

Vandeweghe, who recently returned from a lengthy absence caused by an ankle injury and like Ahn was given a wild card into this week's new WTA tournament, lost 6-3, 6-0 to Anna Blinkova.