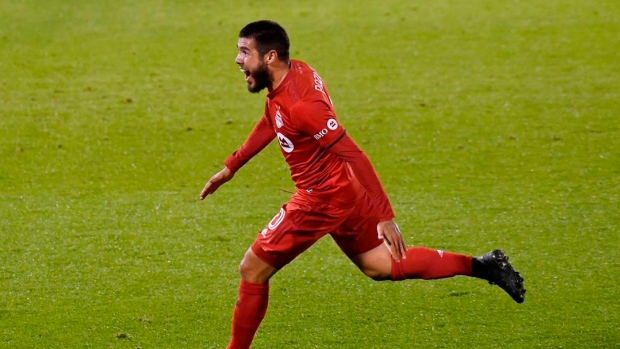 The MLSPA figures are as of April 15, with later signings like TFC's Yeferson Soteldo not included.

It's the first batch of salary numbers since the league's new collective bargaining agreement went into effect in February 2020. The MLSPA says the average base salary for senior roster non-designated players is $398,725 in 2021.

Toronto features four players making in excess of $1 million, with Soteldo likely a fifth. Captain Michael Bradley is making $1.5 million while defender Omar Gonzalez is at $1.06 million. Defender Chris Mavinga is next at $887,500, followed by Canadian midfielder Jonathan Osorio at $876,250.

Montreal has three players at $1-million-plus with Wanyama joined by defender Kiki Struna at $1.21 million and forward Bjorn Johnsen at $1.04 million. Striker Romell Quioto is next at $885,000, just ahead of defender Rudy Camacho at $849,153.

Fullback Ali Adnan, at $1.23 million, is second to Cavallini among Whitecap earners. Brazilian midfielder Caio Alexandre is next at $539,583 followed by defender Erik Godoy at $450,000 and forward Cristian Dajome at $447,917.

This report by The Canadian Press was first published Mat 13, 2021