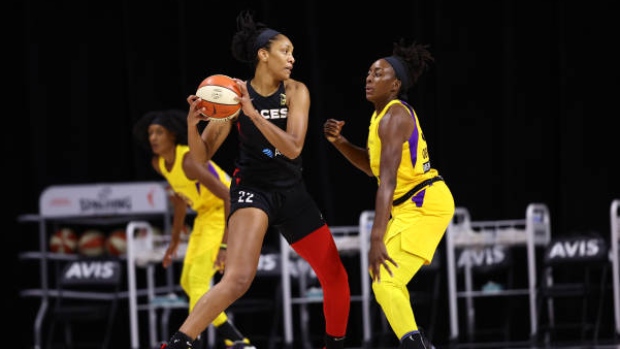 A'ja Wilson is the WNBA Most Valuable Player for 2020.

The third-year Las Vegas Aces forward was announced as the award winner on Thursday.

An All-Star in 2018 and 2019, Wilson becomes the first member of the Aces/Utah Starzz/San Antonio Stars franchise to win the award.