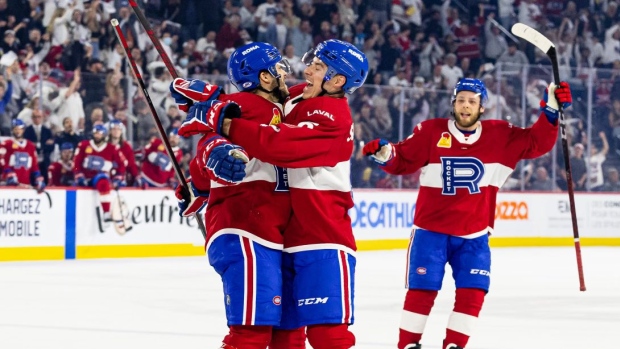 With his Laval Rocket facing elimination in Game 6 of the Eastern Conference final on Monday, the compact forward scored two goals and assisted on a third as his squad defeated the Springfield Thunderbirds 5-1 to force a winner-takes-all Game 7 showdown on Wednesday in Springfield, Mass.

Gabriel Bourque, Lucas Condotta and Brandon Gignac (empty netter) also scored for the winners. Matthew Pecca, with a Springfield goal at 15:05 of the third period, spoiled Cayden Primeau's shutout bid. Each team had 31 shots on goal.

The winner of this intense series will advance to the Calder Cup final to play the winner of Chicago Wolves-Stockton Heat series. Chicago leads that Western Conference final 3-2 with Game 6 on Tuesday in Chicago.

This report by The Canadian Press was first published June 13, 2022