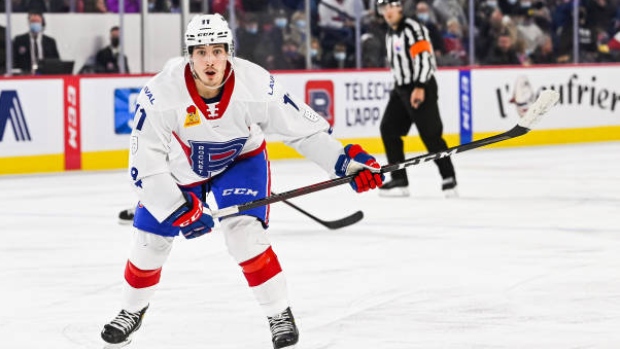 HERSHEY, Pa. — Rafael Harvey-Pinard scored twice in the third period, including one on a penalty shot, to lead the Laval Rocket to a 4-2 win over the Hershey Bears in the American Hockey League Sunday.

Harvey-Pinard added an assist for the three-point night for the Rocket (11-10-2). Terrance Amorosa and Gabriel Bourque also scored while Cayden Primeau made 38 saves.

Cody Franson scored one and assisted another for Hershey (9-7-3). Alex Alexeyev also scored, and Zach Fucale stopped 17-of-21 shots in defeat.