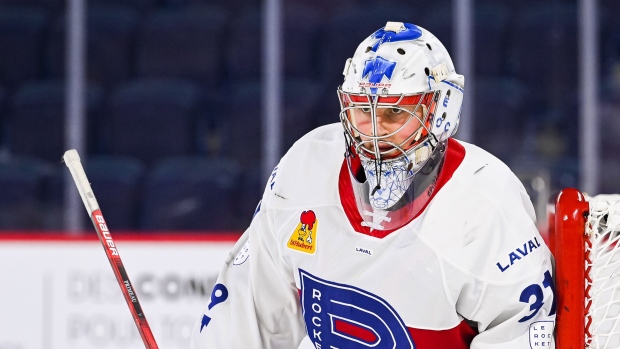 LAVAL, Que. — The Laval Rocket have taken a commanding lead in the North Division Final series after beating the Rochester Americans 3-1 on Monday.

The Rocket, who can wrap up the best-of-five American Hockey League series on Wednesday in Rochester, N.Y., got goals from Brandon Gignac, Louie Belpedio and Lucas Condotta, to go along with superb goaltending from Cayden Primeau, who stopped 31 of 32 shots.

Arttu Ruotsalainen scored the lone goal for Rochester late in the third period.

Laval led 1-0 after the first period and 2-0 heading into the final frame.

The Rocket won the opening game of the series 6-1 on Sunday.

This report by The Canadian Press was first published May 23, 2022