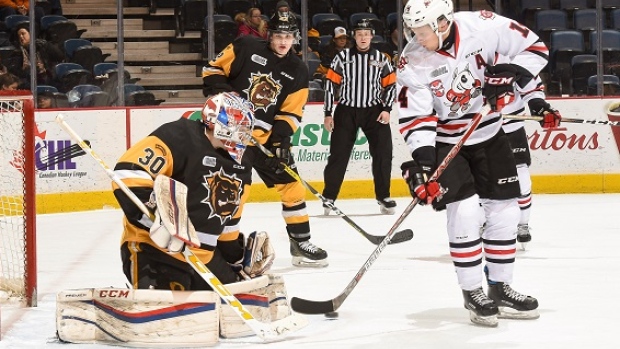 Niagara IceDogs owner and president Denise Burke was clear: If the IceDogs were forced to pay their players minimum wage, the club would be left facing a financial catastrophe.

Burke, who has owned the IceDogs with her husband Bill since 2007, testified in a Nov. 14, 2015, affidavit that while her Ontario Hockey League team brought in an average of $2.7 million in revenue in a season, it was a frequent money loser because annual expenses typically ranged between $2.7 million and $2.9 million.

She testified that she and Bill treated players “as our own adopted children” and that if the team had to pay players minimum wage, “the consequences of this additional expense item would be catastrophic.”

A little more than a year after Burke’s affidavit, newly disclosed financial statements open a window into the finances of the IceDogs and other top major junior teams.

The IceDogs were among 41 teams in the OHL and Western Hockey League that turned over their financial statements and tax returns to lawyers representing a group of 400 current and former players who want teams to pay their players at least minimum wage.

A Calgary judge overseeing the WHL class action lawsuit said on Feb. 7 that teams’ financial statements should be disclosed for public viewing. The documents were filed in a Calgary court on Monday.

A review of the IceDogs’ statements raises questions about how much profit the team generates, about who is on the payroll and how much they are paid, and about the IceDogs’ wherewithal to pay players.

“One question is how much of those wages and benefits went to the owner or other people close to the owner and what did they do to earn that money,” said Nick Angellotti, president of Williams & Partners Forensic Accountants Inc. in Toronto, who reviewed the IceDogs’ statements.

“The owner of a company like this has absolute discretion," he said. "They can pay themselves and others whatever they want. I wouldn’t say there’s no accountability. I would say there’s no disclosure of who got paid what.”

Angellotti said that the IceDogs’ financial statement indicates the Burkes paid $4.75 million for the club in 2007.

“In a normal business, where all you care about is money, you’re probably wanting a 20 per-cent return on an investment like that. You’re going to want a $1-million profit per year,” he said.

An IceDogs spokesman declined to comment on the club’s financials.

CHL president David Branch wrote in an emailed statement that the documents unsealed in court support the findings of a Jan. 19 report prepared by KPMG. The KPMG report concluded that the majority of teams in the OHL and WHL either lose money or barely break even.

“The CHL, our member leagues and teams will continue to vigorously defend ourselves in this lawsuit,” Branch wrote in a statement to TSN on Monday. “Our objective is to provide support to allow players to progress in hockey as far as talent and work ethic can allow while providing much needed financial support for an education.”

The three leagues that operate under the umbrella of the CHL – the OHL, Western Hockey League, and Quebec Major Junior Hockey League – say players are amateur student athletes and that teams cannot afford to pay minimum wage.

Lawyers on both sides of the lawsuit have estimated it would cost teams up to $300,000 per season to do so. It’s not clear from the financial statements how much teams currently spend reimbursing players for their expenses or for their honorariums.

A lawyer for the former players, however, said in a Calgary court that the financial records of WHL and OHL teams show that clubs that say they are cash-poor are underreporting revenue, moving money off of their books through methods including related-party transactions and the payment of management fees.

“We don’t know who the related companies are – family members of the owners, or whatnot,” Ted Charney, a lawyer for the plaintiffs said in court on Feb. 9.

A review of the financial statements of OHL clubs shows that the Kitchener Rangers reported league-high revenue of $6.5 million in the fiscal year ending May 31, 2016. In 2015, the most recent year for which they provided their financial statements, the London Knights – widely considered a financial juggernaut among Canadian major junior teams – said they generated $6.2 million, down from $7 million a year earlier.

“It’s impossible to learn anything meaningful from the Knights’ records,” said Al Rosen, founder of Toronto-based forensic accounting firm Rosen & Associates Ltd., who reviewed London’s financial statements. “They’re useless. They bundle everything into revenue without any explanations. We have no clue what they are including as revenue, and what they are not.”

While the Rangers’ financial statements were audited, the Knights are among 17 OHL teams that do not historically commission an audit of their finances. In 2016, the Erie Otters, the Ottawa 67’s and the Rangers were the only OHL teams who said their books were audited.

“It costs $10,000 to have your books audited, so unless you have to, unless you are required to, why would you do that?” one CHL team owner told TSN. “There’s been no reason to do the audit.”

“Without an audit, it’s impossible for these teams to rely on these statements as evidence that they can’t pay players,” Rosen said. “There’s no way to tell where any of the money is going.”

According to OHL team financial statements, the Kingston Frontenacs were the league’s most profitable team with a $707,488 profit in 2016. In 2015, the Knights made a profit of $1.9 million.

The Kootenay Ice generated the least revenue in the WHL, $1.2 million, in the fiscal year ending June 30, 2016.

The Oil Kings were the WHL’s most profitable club in 2016, with a $1.4 million profit, while the Victoria Royals reported the largest loss at $1.5 million.

Portland did not submit any financial statements for the years 2012 to 2016, despite a court order to do so. Charney said he is not continuing his pursuit of Portland’s finances. It’s unclear whether the judge will sanction the Winterhawks for their failure to produce documents.

The report, commissioned by the plaintiffs, concluded it was impossible to offer a conclusive view of the financial health of teams because so much information was missing, including details about who was on team payrolls, breakouts of expense charges, and explanations for related party transactions.

Charney, a lawyer for the plaintiffs, has said he plans to hire Smith to perform a similar analysis of OHL teams.