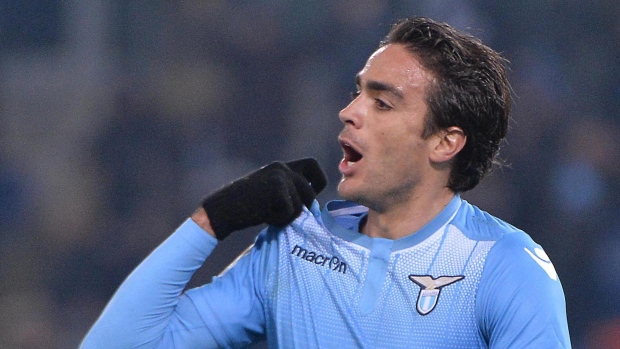 ROME - Lazio and Sampdoria exchanged late goals for a 1-1 draw in Serie A on Monday that did little for either side with both clubs struggling,

Alessandro Matri gave Lazio the lead with a header that went in off the post in the 78th minute at the Stadio Olimpico. Ervin Zukanovic equalized in added time with a free kick that was deflected in by Lazio's Felipe Anderson.

Winless for seven matches, Lazio is 12th. Sampdoria is only three points above the drop zone after gaining its first point under new coach Vincenzo Montella, having lost three straight after the former Fiorentina manager was hired.

Both Montella and Lazio counterpart Stefano Pioli are at risk of losing their jobs.