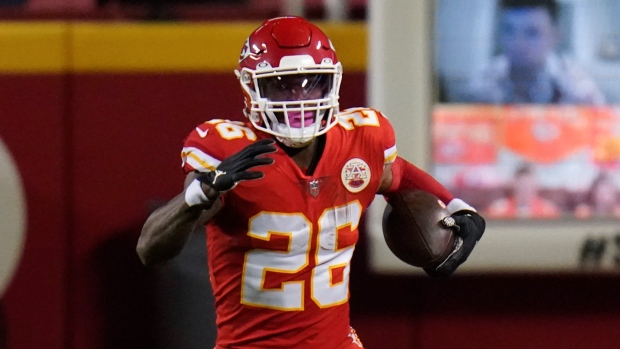 Le'Veon Bell is continuing his career with the Baltimore Ravens.

According to ESPN's Adam Schefter, Baltimore is signing the veteran running back to their practice squad and he is soon expected to be added to the 53-man roster when ready.

Having lost RBs J.K. Dobbins and Justice Hall to season-ending injuries, the Ravens are signing veteran RB Le’Veon Bell to their practice squad, per source. He soon is likely to be added to the 53-man roster when ready.

In the mean time, Gus Edwards is expected to get the majority of the carries ahead of rookie Ty'Son Williams.

Bell, 29, is a three-time Pro Bowler and a two-time All-Pro but he has not had a 1,000-yard season since 2017 while a member of the Pittsburgh Steelers. Bell split last season with the New York Jets and Kansas City Chiefs, rushing for 328 yards and two touchdowns in 11 games.