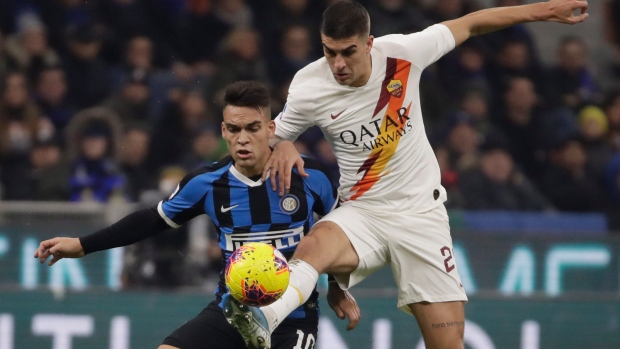 MILAN — Italian league leader Inter Milan was held by Roma to 0-0 on Friday, giving second-placed Juventus a chance to return to the top.

The home draw left Inter only two points ahead of Juventus, which can regain the lead when it visits third-placed Lazio on Saturday.

The result also wasn't good for Roma, which moved from fifth to fourth place in the standings but remained nine points off the lead after 15 matches.

Inter forward Lautaro Martínez had one of the game's best chances when he got past a defender and entered the area in the 68th minute, but his shot was blocked at the last minute. He called for a handball by the defender but the referee let play continue.

Inter was coming off five straight wins in the league, with its last setback in all competitions last month against Borussia Dortmund in the Champions League. Its last league loss was against Juventus in October, nine matches ago.

Roma was seeking its third straight league win. It had won five of its last six matches since last month.

Inter visits Barcelona in the Champions League on Tuesday.