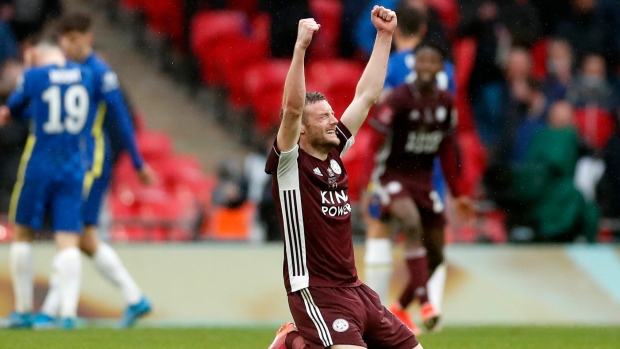 LONDON (AP) — Even sweeter than the powerful long-range strike from Youri Tielemans was Leicester being able to celebrate winning the FA Cup for the first time surrounded by its fans.

And even louder than the Leicester supporters' cheers at Wembley that greeted the sublime strike in the 63rd minute was the moment VAR denied Chelsea an equalizer in the 89th minute.

It was former Leicester defender Ben Chilwell’s cross that looked to have been deflected into his own net by veteran captain Wes Morgan. But video replays detected an offside that ensured, after four losing finals, Leicester would finally win world football’s oldest cup competition by 1-0 in the 140th final.