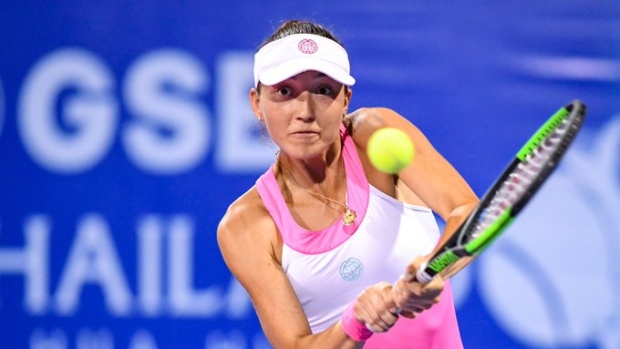 It's the first WTA final for the 19-year-old Kung.

Fifth-seeded Linette relied on her more consistent play to beat Romanian Patricia Maria Tig 7-5, 6-4 in the semifinals on Saturday, while qualifier Kung continued her impressive run by beating eighth-seeded Nao Hibino of Japan 7-5, 4-6, 6-3.

Linette, who reached the semifinals of the tournament last year, was two points from losing the first set when trailing 5-4 before she rallied and whipped two backhand cross-court winners to break her opponent for 5-5. Linette went on to win the next two games, closing out the set with an impressive backhand volley.

Linette jumped to a 4-2 lead in the second set before Tig made a brief fightback.

“I started too slow and gave her too much initiative to allow her the lead (at the start),” said Linette, who is chasing her second WTA title. “Then my coach told me to hit harder. I started dictating play from then.”

Kung upset Hibino in a match that was halted for 20 minutes in the first set due to a blackout.

“I started well like always again before I tried to go for the winners so much and made so many mistakes. My coach told me to make her play more. After the lights went out ... I was happy to win the first set,” said No. 283 Kung.

She added: “This is like a dream come true.”