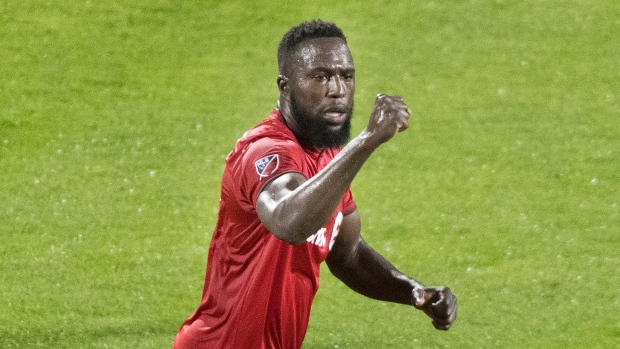 The last few seasons of Toronto FC football have brought with it the franchise’s greatest heights and some crushing lows. As the club readies to kick off its 2020 campaign this weekend, the Reds will have the lessons of recent history to guide them on their way back to glory by avoiding the pitfalls of the past.

When TFC takes to the pitch on Saturday afternoon in San Jose, it will be exactly 111 days since the club last played a competitive match – the 2019 MLS Cup Final in which the Reds fell 3-1 to the Seattle Sounders.

Greg Vanney and his club know a blueprint exists for turning disappointment into triumph, and it’s one they know well because they created it themselves. After an agonizing defeat on penalties to those same Sounders in the 2016 MLS Cup Final, TFC responded with one of the finest seasons in league history, winning the Supporters’ Shield as MLS’s top regular-season team, the Canadian Championship and the franchise’s first MLS Cup, topping the Sounders (again), 2-0, at BMO Field in front of a raucous crowd.

Vanney hopes that November’s defeat can light the same fire underneath his charges as the loss in 2016 did.

“I think when you get to a final, it also builds that confidence that you’re ready to win a championship,” Vanney said. “I thought we were – for most of the game – better than Seattle. I think this group now believes that they’re ready to win a championship again. So now it’s about the work that we put in on the field, showing up every day, challenging each other and getting better. But there’s no question marks about whether or not we have the right pieces. Obviously, last year when you go through the changes of [losing] Seba[stian Giovinco] and Victor [Vazquez] at the beginning, there’s some internal feeling of ‘Do we have the pieces to win a championship?’ But now I think the confidence in each other and the feel of the group coming together, guys all buying in, is all there. So now that part is set and now it’s just a mindset of getting to work every single day.”

The 2019 season marked a return to form for TFC that just wasn’t there in 2018. Just as they were able to flip the script from failure to success in going from 2016 to 2017, the season following the Reds’ first championship came with a significant hangover in the league.

The Reds’ CONCACAF Champions League run was a heavy undertaking with plenty of additional matches and travel, which also meant a marked dip in league form. While the team reached the Champions League Final, where they ultimately fell on penalties (of course) to Mexican side Chivas, the eight extra games spread TFC thin in MLS play and they weren’t able to come close to the level they needed to reach the postseason. The Reds finished ninth in the East, 14 points adrift of the Philadelphia Union for the final playoff spot, and were unable to defend their crown.

Jozy Altidore believes that 2018 was too much, too quickly, for the Reds to handle, but a learning experience at the same time.

“I think 2018 was a really weird year with the Champions League, not being ready for what it would take, the fixture congestion and just the mentality,” the United States international forward said. “It was an exhausting three years at that point, having not really had [full] off-seasons and I think it was tough to navigate for the club, having never been in that position of trying to compete for trophies and balance that with time off, budgets and these things. It’s not an easy thing to do. Having gone through it [before], I think the club is in a better place and we as players are.”

For Vanney, 2018 was a relapse to a prior incarnation of Toronto FC – not the one with championship mettle, but one who folded in the face of adversity.

“It also took a huge toll on us, physically and mentally,” Vanney said of the trying times of 2018. “And in the process of it taking a toll on us, I think we lost a little bit of our way, which is we started to try to win each game one by one instead of sticking to a process and that was a reminder, as well. I think we returned back to ourselves in 2019.”

Getting a full complement of players back from last summer’s Gold Cup was the turning point for TFC’s 2019 campaign and when the club made its statement of intent, Vanney says.

“I had said to everybody that once we got the full team back after the Gold Cup, we had the ability to make a run and we certainly did,” Vanney said. “I think we finished from July to the end of the season with the second-best point total of anyone in the league. That sort of established again what our level is, our belief level is, and confidence and capability. So we start this season with that mindset.”

In order for the Reds to live up to that mindset, consistency from Day One in 2020 is imperative. The team started 2019 strong with three straight wins, but then won just twice in their next 12 matches.

“All seasons are going to have their moments, their ups and downs,” Vanney said. “It’s a journey, not a sprint, and so our goal is to be more consistent and be in that Supporters’ Shield discussion as it goes, get into the playoffs, and have the best possible playoff scenario in playing as many home games as possible in front of our fans.”

To do that, Altidore says, is to never stray from the task at hand and looking any farther down the road from the next match in front of them.

“I think MLS is at the point right now, at least in my opinion, where every three points matters,” Altidore said. “Obviously, you have to rotate guys and rest guys, but I think you have to go in there with the idea that every game matters and you have to take every game one at a time. I think Greg does a great job doing that, so I think that’s got to be the onus again for us – take one game at a time, move slowly and see where the chips fall at the end of it.”

Toronto FC’s first opportunity to put that ethos into action comes at 5:30 p.m. ET on Saturday at Earthquakes Stadium.