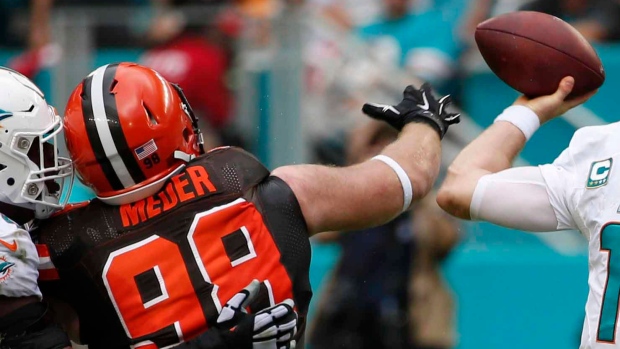 The Lions announced the move Wednesday. The 28-year-old Meder has not played in a regular-season game since the 2017 season.

Meder started 15 games for the Cleveland Browns in 2016 and made one start the following season. He spent four seasons with Cleveland, appearing in 43 games.

The Lions play at Denver on Sunday. They have been hurt by injuries on both sides of the ball, and they put quarterback Matthew Stafford on injured reserve earlier this week.