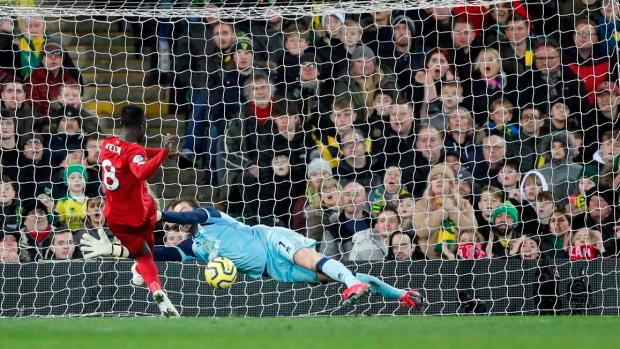 Liverpool will be without the services of a trio of players when they Danish champions FC Midtjylland at Anfield on Tuesday in Champions League action.

Midfielders Thiago Alcantara and Naby Keita and defender Joel Matip are all unlikely to be available for selection, according to manager Jurgen Klopp.

Alcantara and Matip both picked up injuries during last weekend's draw with league leaders Everton.

I said last week it would be day by day, but I think it will be a few more days," Klopp said of the trio's availability.

While Liverpool is coming off a 1-0 win against Ajax in their first Champions League match, Mitdtyjlland heads to the Merseyside after one of their biggest ever European results following their 4-0 surprise win over Atalanta.

"Since yesterday, I have seen plenty of their games so I'm in the picture," Klopp said of his opposition. "They are really good," said Klopp. "Their 4-0 against Atalanta did not look like this kind of game. They are a football playing side, different ideas, flexible. It is a real challenge."