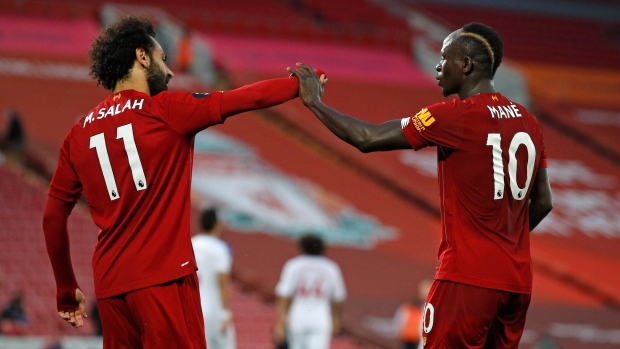 World soccer's governing body released its shortlist of nominees for the Best FIFA Football Awards on Wednesday, honouring the year's best in men's and women's football.

Eleven men and women were nominated in each category, while nominees were also revealed for men's and women's coaches.

On the players side for men, four of the 11 nominees came from Premier League champions Liverpool with midfielder Thiago Alcantara, forwards Sadio Mane and Mo Salah and defender Virgil van Dijk up for the honour. Their coach, Jurgen Klopp, was nominated on the coaching side.

Champions League winners Lyon saw the highest representation on the women's side, also with four nominees. Midfielders Delphine Cascarino, Dzsenifer Marozsan and Saki Kumagai and defender Wendie Renard all received nominations, as did their manager, Jean-Luc Vasseur, on the coaching side.

Voting will take place beginning later on Wednesday and will be open until December 9. The winners will be announced during an awards ceremony on December 17.