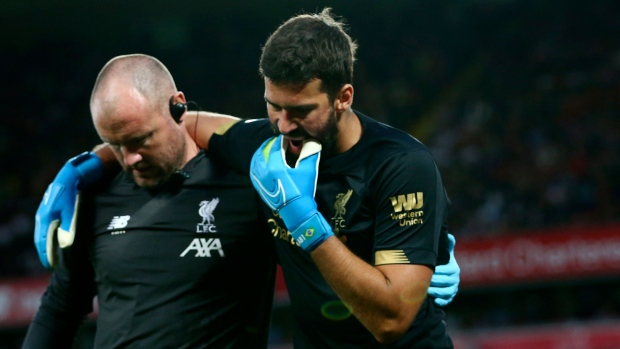 LIVERPOOL, England — Liverpool manager Jürgen Klopp says he expects goalkeeper Alisson Becker's calf injury to keep him on the sidelines for "the next few weeks," starting with Wednesday's Super Cup game against Chelsea.

Becker went off in the first half of Liverpool's 4-1 win over Norwich on Friday, leaving new signing Adrian as the club's only fit senior goalkeeper.

Klopp says on the club website that "Ali was not a lot injured in his career so I would like to wait a little bit to see how he develops in that process now, but he is not in for the next few weeks."

After the Chelsea game in Istanbul, Liverpool faces Southampton on Saturday and Arsenal a week later. Liverpool will start its defence of the Champions League title on Sept. 17 or 18.