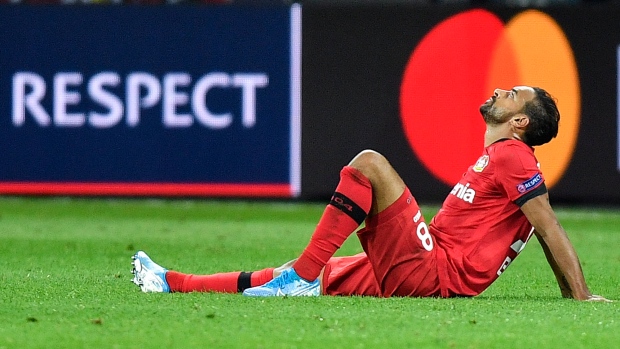 LEVERKUSEN, Germany — A blunder from Bayer Leverkusen goalkeeper Lukas Hradecky handed Lokomotiv Moscow a 2-1 win over the German side in the Champions League on Wednesday.

With the score tied at 1-1, Hradecky sent a pass straight to Lokomotiv midfielder Dmitry Barinov, who promptly scored.

Lokomotiv had taken the lead through Grzegorz Krychowiak in the 16th minute before Leverkusen levelled when Charles Aranguiz's shot took a deflection off Benedikt Höwedes and was ruled an own goal.

The defeat is a big blow for Leverkusen, which had been widely considered more likely than Lokomotiv to challenge Juventus and Atletico Madrid for the qualifying places in Group D.

Atletico drew 2-2 with Juventus in Madrid in the other game in the group Wednesday.